discovering the Fountain of youth 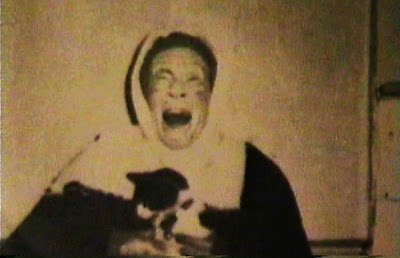 There are few enough writeups—even on blogs!—about Judson that we can afford to allow any to escape our (and your) attention. Here's a take by the Morris S.P.U.D.S. (Seekers of Paranormal and Unusual Discoveries).

Above: vintage photo of young Judson under makeup as an old hag.
Posted by Irwin Chusid at 4:02 PM 1 comment: 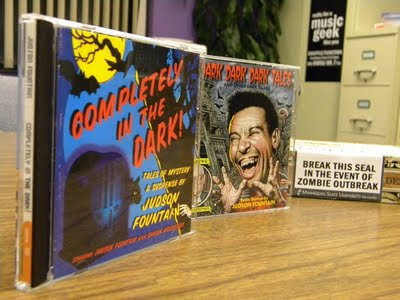 KMSU Radio (Mankato MN) is hosting their on-air pledge drive from October 14-25. Their program Shuffle Function ("Pop Music as Pornography") offers a Judson two-fer (scroll to bottom at link) to all who pledge $100 to the non-commercial Minnesota State University station.
Posted by Irwin Chusid at 1:53 PM No comments: 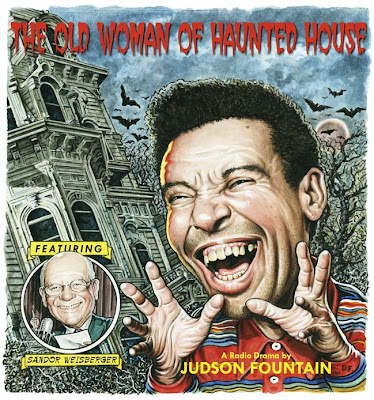 The cover of the Judson CD Dark, Dark, Dark Tales has been adapted as a fine art print. The work, by Drew Friedman, with typography by Laura Lindgren, is now available in a limited edition of 15 at DrewFriedman.net. The illustration is identical to the CD cover, but the typography has been modified to reflect Judson's best-known radio drama.

Each archival-quality print is numbered and signed by the artist. When the edition sells out, the work will not be reissued in any large display format.
Posted by Irwin Chusid at 11:00 PM No comments: 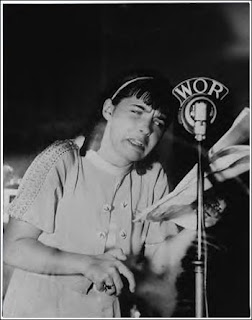 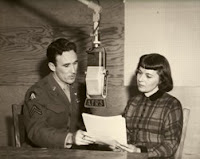 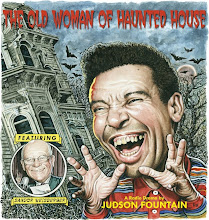